Schoolmix: learn with fun! School holidays in Mirabilandia and more.

Individual rates do not include:

Prices are per person in family room with private facilities, VAT included. 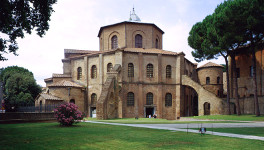 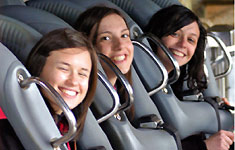 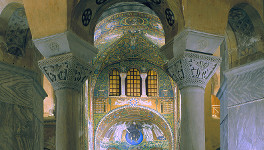 In collaboration with Opera di Religione della Diocesi di Ravenna, Mirabilandia offers the opportunity to visit the following monuments of Ravenna, some of which are considered UNESCO World Heritage Sites

BASILICA OF SAN VITALE
Octagonal temple founded by Giuliano Argentario on the orders of Bishop Ecclesio, was consecrated in 548 by Archbishop Maximian. The Basilica of S. Vitale is one of the most important monuments of early Christian art in Italy, especially for the beauty of its mosaics.

MAUSOLEUM OF GALLA PLACIDA*
Galla Placidia (386-452), was the sister of Honorius, the Roman Emperor that in 402 a.C. moved the capital of the Western Empire from Milan to Ravenna, built this small mausoleum around 425-450, a building shaped like a Latin cross, now famous for the splendour of the mosaics.
*From the April 4th to June 12th 2020 will be accessible only with advance booking and additional ticket.

NEONIAN BABTISTERY
The oldest Ravenna’s monument, at least as a start of construction, dates back from the late Fourth century to early Fifth century. The Baptistery was beautifully decorated for the willingness of Bishop Neon around 450 b.C. with mosaics depicting Jesus, the Apostles and a series of religious symbols.

ARCHBISHOP'S MUSEUM
Houses numerous works of art coming from the cathedral and other buildings now destroyed. It preserves the famous Ivory Chair, the throne of Maximian, and works of Byzantine artists of the Sixth century.

BASILICA OF SANT’APOLLINARE NUOVO
Was built by Giuliano Argentario on the orders of Archbishop Ursicinus during the first half of the Sixth century. It’s one of the most beautiful basilicas of Ravenna; as well as for its architecture is famous for its mosaics and marble sarcophagi of ancient archbishops arranged along the aisles.

Individual rate includes: visit to the monuments above and Mirabilandia’s entrance tickets

Individual rate includes: visit to the monuments above, Mirabilandia’s entrance tickets and 1 night and half board in 3 star hotel.

On July 28th 2015, the archaeological area of ​​the Old Port of Classe was opened to public. The name Classe precisely comes from the Latin word Classis, which means fleet: in this area the ancient port of Ravenna will be reborn, founded by Augustus, flourishing both at the time of the Empire and during the reign of Theodoric and the subsequent Byzantine domination, very lively economic and commercial still in the V-VI century AD, when Ravenna and Classe reached their political and economic peak. The route, which covers an area of ​​around 10,000 square meters, retraces the journey of the ancient traveler and proposes the places daily frequented by those who worked in the warehouses or arrived by sea, docking at the port, immersing visitors inside the archaeological excavation.

Fulfill the form and send us your request

We use essential cookie and third parties ones to improve the products and services offered through our website by analyzing your browsing habits. Continuing with the navigation give consent to their installation and use. You can change the configuration of your browser or, if you prefer, more information in our Policy sui Cookies